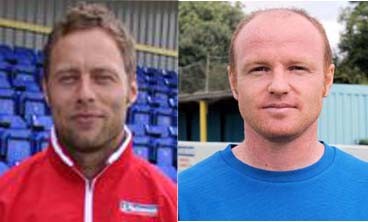 LLANGEFNI STATEMENT
The club are pleased to announce that following in depth discussions, Lee Dixon has decided to withdraw his resignation from the manager's position and continue as manager, much to the delight of the committee, players and all concerned.

Lee was, of course, very disappointed to be denied promotion having won the league title at his first attempt and his feeling was that he had done as much as he could and felt that standing down was in the club's best interest.

This was never the case from the club's point of view and we are all very pleased that he has reconsidered and is now planning the new campaign to ‘do it all over again'. This time the club will make sure that if successful, the FAW have no loophole to slip through again and we can take our rightful place in the Premier League.

Ian Hughes, as we know, is now living and working in Aberystwyth and therefore is unable to resume as Lee's assistant, but Lee has quickly moved to appoint local lad Steve Kehoe in that roll, a very popular choice as I am sure all will agree; both will of course be available to play too

The interim period has been a testing time and we would like to thank all of the people we have spoken to about the managerial position and wish them well in their future careers.

We now move forward from a position of strength, with Lee having already confirmed with the players that the majority will be staying with the club. We expect to lose one player, as he moves up to a higher level of the game and we would never want to stand in the way of anyone looking to better themselves; and no doubt there will be other comings and goings, but we will update you with any news as it arises. We will also be posting the pre season fixtures as they are confirmed