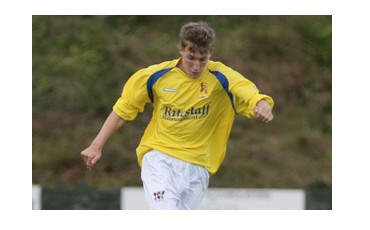 FLINT Town United are hoping to complete the signing of Lee T Jones from Elements Cefn Druids in time for Saturday's key Cymru Alliance clash at home to Llandudno Town.
"Lee is a great signing with tons of ability and a great attitude to go with it," says Town boss Paul Davies.

"Having turned down a host of Welsh Premier clubs to join his home town club, it proves how far we have come when the best footballers living in Flint are now playing for the club."

"Lee Jones has been disappointing, he has been ringing other managers touting himself about and that is not the way to do things," he said recently.

Former Wrexham youth defender Jones has been an outstanding success for the Druids since arriving in 2008 after an unsuccessful trial period with The New Saints, making 46 Welsh Premier appearances in the stripes and scoring one goal.