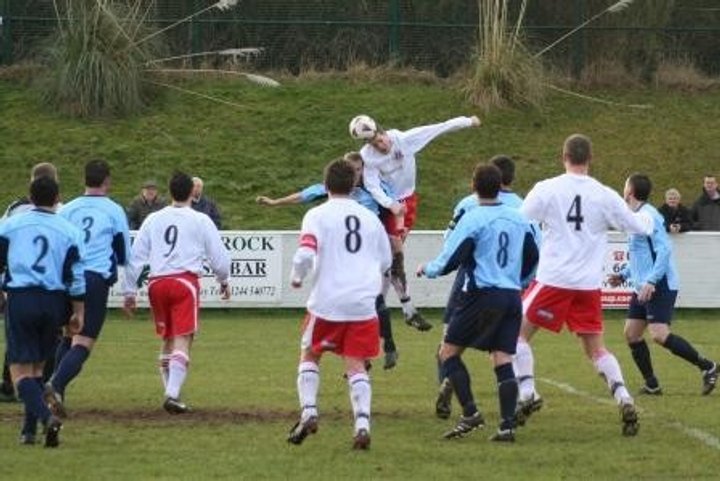 Buckley Town have agreed a deal to sign highly rated Colwyn Bay Striker Tom McGill effectively on loan for the seasons run in, Manager Gareth Thomas was keen to ensure he had enough goals in the side for the crucial fight for Cymru Alliance survival over the coming weeks and indeed to have a tilt at winning the NEWFA Cup too.

McGill was plucked from West Cheshire League Football by Bay Manager Neil Young after scoring 28 goals for Capenhurst Villa, McGill has shown that he was able to adapt to Unibond League Football without any issues and Young rates the striker very highly.

McGill will compete with Phil Molyneux, Liam Caddick, Stuart Hayes for a place in the starting X1 for Towns fixture at Holyhead Hotspur this Friday evening 19th Feb.
Manager Gareth Thomas was pleased to have captured McGill "I have known about Tom's ability for a couple of seasons after having my sides play against Capenhurst on a number of occasions and Tom was always the stand out player, the fact he has adapted very well at Unibond Level says to me he will be a real force at Cymru Alliance Level, we've had Clubs enquire about our other strikers which shows they are doing well, adding Tom will hopefully have everyone on their toes for the run in"

Buckley Town seek new employees  Buckley Town Football Club are looking for the Following people to help continue the infrastructure growth at the Club, all positions will have a small re-numeration package attached